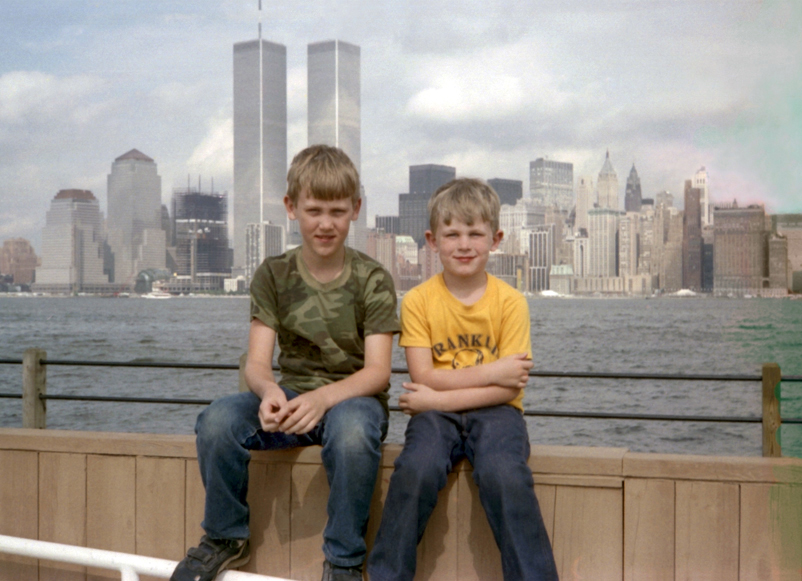 My family moved to suburban New Jersey when I was 3 years old. We lived about an hour northwest of New York City, and enjoyed frequent day trips into the Big Apple. My lone visit to the World Trade Center was part of a field trip with my 5th grade class. I remember the elevators moving up so quickly that when they started to slow down as they neared the top, it felt as if you were falling.

On this particular trip, my mom was performing in a choir concert at the Central Railroad of New Jersey Terminal at Liberty State Park. The concert was part of the centennial celebration of the Statue of Liberty and Ellis Island. My dad snapped this photo of me and my brother Rob in front of the famous skyline at some point during the proceedings.

Being so close to New York City was definitely something that I took for granted back then. We moved away when I was 11, right on the cusp of adolescence. When I look back on those years, and when I look at this photo, I see childhood innocence—an innocence that is now forever lost.